Known for its critically acclaimed survival horror game Until Dawn, Supermassive Games kicked off its next project, The Dark Pictures Anthology, last year with Man of Medan, which told the frightening story of a group of college students who find themselves aboard a ghost ship. Now, the next entry in the horror franchise is nearly here. A recent trailer revealed the anthology’s next installment, Little Hope, will release on PS4, Xbox One, and PC sometime in summer 2020, nearly one year after Man of Medan. And if you already know it’s a day-one purchase for you, Amazon has opened up pre-orders for The Dark Pictures: Little Hope.

Like Until Dawn and the first Dark Pictures game, Little Hope will involve playing as several different characters from a third-person perspective and making decisions as the story progresses that will affect various outcomes. The decisions you make for each character affect how their personality evolves over the course of the game, and those decisions also affect their relationships with each other. As a result, there are multiple endings and different ways that things can play out in Little Hope, and as always, the stakes are high–no one is guaranteed to survive if you don’t think carefully about your next move.

Story-wise, Little Hope follows a new group of college students along with their teacher, who find themselves stranded in a quaint, isolated town shrouded in fog after their bus crashes in a storm. You soon discover the town has a dark and bloody past–in the 17th century, the town was “gripped by witchcraft,” and nobody was safe from the accusations that would cause your death. The trailer shows flashbacks to 1692, when these Salem-inspired events took place, and it seems as though your actions in the past will affect how the future plays out, although it’s unclear exactly how much agency you’ll have in these scenes. 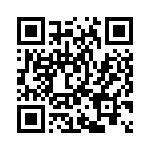