WHAT links a heap of sand, the edge of a cloud and actor Patrick Stewart’s baldness? If you are only vaguely grasping what I am getting at, you are on the right track: they are all examples of imprecision in our description of the world. How many grains of sand can you take away from the heap and still call it a heap? Where exactly does the cloud end and the sky begin? How many hairs is Patrick Stewart allowed to have, and of what length, before he is classed as not bald? It is hard – perhaps impossible – to tell.

Such vague concepts, with their messy boundaries and borderline cases, are all around us. Until now, we have tended to assume they represent imperfections in our state of knowledge, our ways of communication or our modes of description. At some level, we think, the world must be precisely defined. Underpinning its workings, in the end, are the laws of physics, which are expressed using cast-iron mathematical equations that admit no vagueness.

I’m not so sure that’s the case. I think I have uncovered a fundamental physical law that is itself vague. The implications could be far reaching, potentially casting doubt on the ability of conventional mathematics to provide us with a full description of the universe – but also perhaps opening entirely new avenues to even better physical theories.

Philosophers like me have spent a lot of time thinking about vague terms such as “bald” and “heap”. The heap question is known as the sorites paradox, and it was noted as early as the 4th century BC. If a … 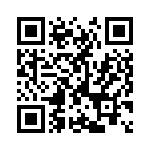