The good old entry-spec iPad (not considering the iPad Mini, since many don’t see it as a viable laptop replacement) has just been given a fresh lease of life. Now in its seventh generation, the iPad has truly never had more perspective till now. But this could perhaps be the year that this iPad moves out of its own shadows and attains something close to a cult status. The changes that Apple has done clearly indicate what its idea is with the iPad—a proper competitor to Google’s Chromebooks, which are quite popular in the US and some parts of Europe, as well as cheap and cheerful Windows laptops. And perhaps even the Microsoft Surface Go and the Android challenger in the Samsung Galaxy Tab S10e. Prices start Rs 29,900 for the Wi-Fi only model and Rs 40,900 for the Wi-Fi + Cellular version.

The first big change is the new display. The larger display, more like it. The 9.7-inch screen which has been the hallmark of the iPad over the years now gives way to a larger 10.2-inch Retina Display. This means more real estate for your presentations and spreadsheets and also for Netflix and web browsing. Then there are additions to this link that in a way corroborate the theory that this is Apple’s battle with Chromebooks and Windows laptops. The Smart Connectors arrive on the iPad, which means the Smart Keyboard can now work too. Add the support for the Pencil (albeit the first generation one that you need to charge separately), and your computing device seems pretty complete.

And that is before we even get to the software. The iPadOS. The iPad specific software, a spin-off of the iOS experience, is designed to make better use of the iPad display sizes, for better multi-tasking, gestures and more.

Under the hood is an Apple A10 chip, quite powerful in its own right. And that isn’t it’s only link with the past. There is still a bezel around the display, and the good old home button remains steadfast. Apple really hasn’t given the iPad a design overhaul this year, perhaps also to keep it distinguished from the larger iPad Pro series. This also retains the Lightning connector and a headphone jack. Old is gold.

Safe to say that this is not a cutting edge computing device, something perhaps the iPad Pro is better positioned to offer. But what this will offer is a very stable computing device experience. And the best of the iPadOS, which is the sheer variety of apps that no rival platform comes even close to. 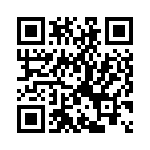