Cosmologist Katie Mack spends her days pondering the end of everything. Whether the cosmos dies a slow heat death or winks out of existence tomorrow, she finds it helps put everyday troubles in perspective

SOME day in the distant future, the whole universe will end. Katie Mack has made it her business to understand how. A cosmologist at North Carolina State University and one of the most popular scientists and science communicators on social media (her @astrokatie twitter account has over 350,000 followers), she has studied everything from dark matter and black holes to how the universe began, evolved and will eventually end – even inspiring a line by Irish chart-topper Hozier in which he sings “as Mack explained, there will be darkness again”.

How and when that darkness will come is the topic of her book, The End of Everything (Astrophysically Speaking), set for publication on 4 August by Scribner in the US and Allen Lane in the UK. It is a daunting topic, but Mack has found that focusing on such enormous cosmic questions can bring a degree of comfort in these troubled times. She spoke to New Scientist about her own story and that of the universe.

Leah Crane: How did you get into cosmology?

Katie Mack: As a kid I was always taking things apart and trying to understand how they worked. At some point, I was exposed to Stephen Hawking’s writing, and that personality trait extended to the universe. I was always drawn to the weird stuff like black holes and time travel, things that didn’t have an easy, intuitive explanation. I did lots of reading about Hawking and I understood that he was called a cosmologist, so obviously I wanted to be a cosmologist too.

What big cosmological questions are you and your … 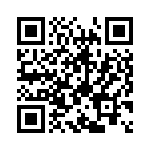