World No. 4 Dominic Thiem returns to action for the first time since his run to the Australian Open final (l. to Djokovic) at the Rio Open presented by Claro. In 2017, Thiem did not drop a set en route to the title at this ATP 500 clay-court tournament (d. Carreno Busta). Last year, he fell to eventual champion Laslo Djere in the first round.

The Rio Open presented by Claro will be the first clay-court event on the ATP Tour to trial Electronic Review this season. During the trial, there will be no limit to the number of challenges players are able to make during matches, ensuring consistency within the tournament for players competing on show courts with the review technology as well as on outside courts where standard ball mark inspection protocols will apply.

You May Also Like: ATP Announces Electronic Review Trial On Clay

Update (15 February): Defending champion Laslo Djere, who was seeded sixth, withdrew Saturday with an abdominal tear. Argentine Diego Schwartzman, the 2018 winner, was also forced to withdraw after sustaining an injury during his quarter-final win on Friday night at the Argentina Open.

Here’s all you need to know about Rio de Janeiro tennis tournament: when is the draw, what is the schedule, where to watch, who has won and more.

Did You Know…. The Rio Open presented by Claro is the third stop of the ATP Tour’s ‘Golden Swing’ through Latin America. Established in 2014, Rafael Nadal won the inaugural edition of the clay-court tournament and celebrated his triumph with Brazilian legends Gustavo Kuerten and Ronaldo. 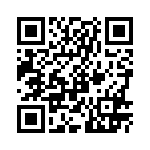