A three-team women’s Indian Premier League is set to propose at the governing council meeting on Sunday. The tournament will be played in the UAE — the same venue for this year’s men’s IPL

— and the dates regarding the same will be discussed soon.

Speaking to IANS, sources in the know of developments said that a 3-team IPL for women is to be proposed during the GC.

“Yes, we are looking at this and a three-team women’s IPL is set to be proposed during the governing council meeting. We have always had the women’s T20 matches during the knockout stages of the IPL and we will look at a similar window this time as well,” the source said.

The 13th edition of the Indian Premier League was earlier shifted to the UAE due to rising coronavirus cases in India and the Board of Control for Cricket in India (BCCI) is now planning to squeeze in a short women’s tournament as well.

The BCCI has been organising women’s T20 matches, better known as Challenger Series, during the men’s IPL for two years now and same could be the case this time as well.

The men’s IPL is currently scheduled to begin from September 19.

Earlier, it was reported that the women’s team’s tour of England was cancelled amid the ongoing coronavirus crisis. England are now looking to host South Africa women’s team in a bilateral series which was earlier set to be a tri-nation tournament.

So, like the men’s team, women cricketers haven’t had sufficient match-practice either for a while now and the BCCI will have to ensure their preparedness before their soon-to-be proposed matches in the UAE. 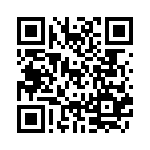