Toys R Us closed down all 800 of its US retail stores in 2018, signaling the end of an era for the iconic toy shop. But it’s not quite dead yet, and its parent company is planning to piggyback on another retailer as it starts rolling out further expansion.

CNN reports that the company Tru Kids has partnered with Target stores. Under the agreement, users can do their toy shopping through the relaunched Toys R Us website, and then have their purchases delivered or picked up in Target stores.

Tru Kids won the rights to the Toys R Us brand following its bankruptcy, and it has a plan to revitalize the brand. The partnership with Target is just one part. Tru Kids also partnered with Kroger to set up “Geoffey’s Toy Box” sections in 600 grocery stores over the holidays. It is also planning to open two new stores in Texas and New Jersey and expand to 10 locations by the end of 2020.

The death of Toys R Us, while not final, signaled an increasing struggle for brick-and-mortar retailers to compete with online giants like Amazon. The video game retailer GameStop is going through a tumultuous time as well, but it similarly has announced plans for a refreshed approach. 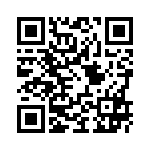 Rainbow Six Siege: Respawning Might Help Grow The Game, But It Won’t Happen