Solidaires Informatique, a French union, is putting together a lawsuit against Ubisoft after the company faced a number of accusations of sexual harassment and abuse. The union put out a call to victims and other organizations to help them build the collective action case.

“The Ubisoft group must be able to answer for its actions before a court of law,” reads a post on the unions site. “We invite the victims of the Ubisoft group’s actions, associations, and any organization willing to help, to contact us to build this collective action.”

The union promises to guarantee “total confidentiality and legal support.”

Ubisoft was at the center of many allegations and has since removed several employees who were directly accused of the actions as well as several high-level executives. A recent report from Bloomberg detailed a “frat-house” culture inside the studios known for Assassin’s Creed, Watch Dogs, and other popular franchises.

In a recent earnings call, Ubisoft CEO Yves Guillemot dodged questions about whether or not he knew about the misconduct before many of the allegations came to light.

“Each time we have been made aware of misconduct, we made actually tough decisions and made sure that those decisions had a clear and positive impact, so that’s very important,” Guillemot said. “It has now become clear that certain individuals betrayed the trust I placed in them and didn’t live up to Ubisoft’s shared values. So I have never compromised on my core values and ethics, and never will. I will continue to run and transform Ubisoft to face today’s and tomorrow’s challenges.”

Executives who have stepped down amid the allegations include Assassin’s Creed Valhalla director Ashraf Ismail, Serge Hascoet, Yannis Mallat, Cecile Cornet, and several other executives. Maxime Beland, who returned to the company as a member of the executive editorial team to guide project decisions, also left amid assault allegations. 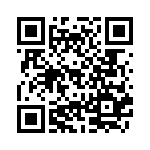