Barcelona president Josep Maria Bartomeu lashed out at midfielder Arthur after the latter chose against returning to the LaLiga side following a mini-break in Brazil.

Barcelona are currently gearing up to take on Napoli in the second leg of the Champions League Round of 16 clash and they will have to do it without Arthur, who according to Bartomeu, has decided against linking up with the team again.

“What Arthur has done shows a lack of respect for his teammates because the team wants to do well in the Champions League,” Bartomeu was quoted as saying by Spanish media.

“It is not logical that playing for such an important title, a player decides to remove himself. It is unjustifiable and totally incomprehensible,” he added.

Arthur was earlier sold to Serie A giants Juventus while Miralem Pjanic was transferred to Barcelona. The two players were set to move to their respective new clubs at the end of the current campaign.

“But he did not appear from the return of the mini-vacations. It is an unacceptable act of indiscipline. And that is why we have opened a file for him, because there is no argument to justify his absence.

“He called and said, ‘I will not return, I will stay in Brazil’. It is his decision. No one has given him permission,” he added. 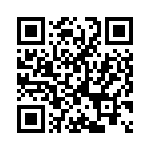