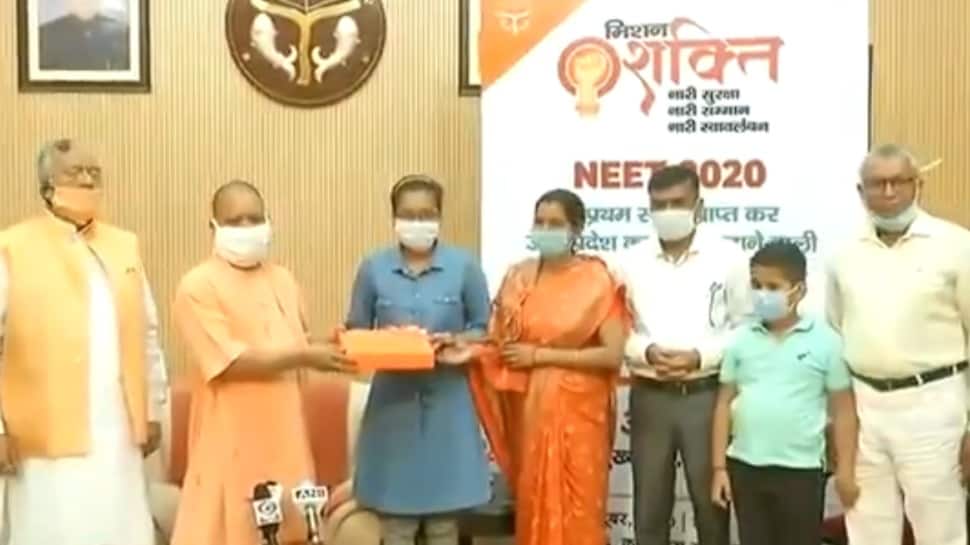 CM Yogi congratulated Akanksha who was born in UP’s Kushinagar and said that girls aren’t less than boys and Akanksha has proved that.

Yogi said that she has desired to get into the All India Institute of Medical Sciences (AIIMS) in Delhi and said that the state government will bear all the expenses of her admission, food and lodging.

CM Yogi directed the Chief Secretary of the state to ask the expenses from the family and provide the sum of the amount at one go so that the family doesn’t have to go through any difficulties in the future.

He also asked Akanksha to continue to work hard.

Akanksha who is a daughter of a retired Indian Air Force sergeant had first thought of taking up the civil services exam. She had said, “I used to think of becoming an IAS officer till the eighth standard. Then AIIMS hospital at Delhi became an inspiration for me following which I started preparing for NEET.”

Notably, in NEET exam 2020, two candidates attained full marks according to the National Testing Agency officials. Along with Akanksha, Odisha’s Soyeb Aftab have scored 720 out of 720 marks but Aftab was ranked first as per the NTA’s tie-breaking policy.

“India Will Be Named After PM Modi One Day”: Mamata Banerjee’s Taunt – NDTV