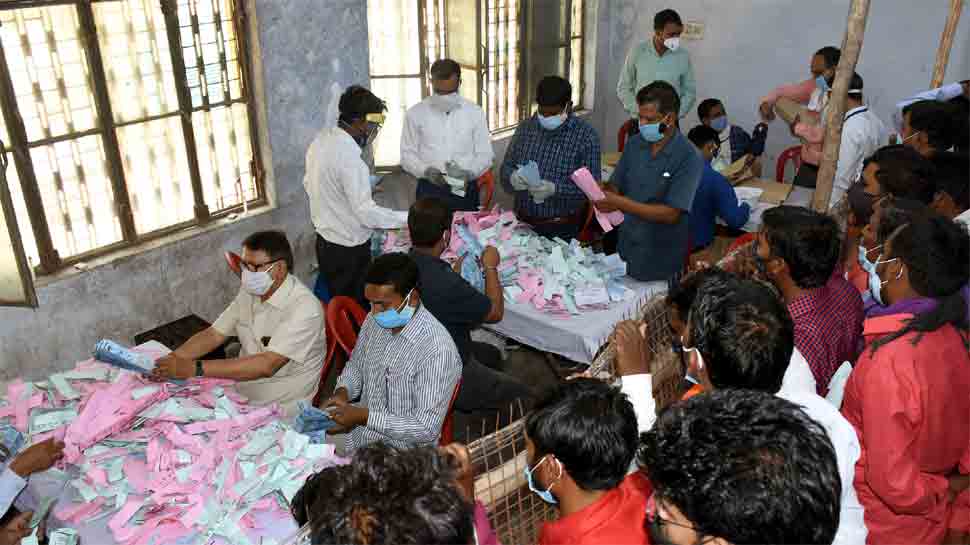 Ayodhya: The BJP has won just eight out of the 40 zila panchayat seats in Ayodhya, a disappointment for the ruling party in the district on which the Centre and the state government have lavished much attention. The opposition Samajwadi Party claimed to have made major gains in the panchayat elections held last month, saying candidates it backed won 22 district level seats here. The Bahujan Samaj Party claimed its candidates won four zila panchayat seats in Ayodhya.

Lakhs of candidates contested the panchayat elections across Uttar Pradesh — for seats at four levels including the village and the district — on free symbols allotted by the State Election Commission (SEC). The parties had, however, extended support to those in the fray and are now claiming that the results have gone in their favour. Counting of the ballot papers began Sunday at over 800 centres across the state. Contrary to the BJP’s claim of overall success in the state, its Ayodhya unit has conceded that it did not do as well as expected.

“The results are disappointing. Despite having sitting BJP MLAs in all constituencies in Ayodhya district, we won only eight out of 40 zila panchayat seats,” BJP’s district spokesperson Diwakar Singh told PTI.

The result has been particularly bad for the BJP in the Sohawal sub-district, where the administration handed over five acres for the construction of a mosque, as mandated by the Supreme Court in its 2019 verdict on the Ram Janmabhoomi-Babri Masjid land dispute. The Samajwadi Party claimed to have won three of the four zila panchayat seats there, leaving one for an independent candidate. Commenting on the result, SP leader Awadhesh Prasad said people in rural areas are facing a lot of problems under the BJP government.

Among them is the issue of stray cattle destroying crops, which he claimed has driven some farmers to suicide.

The Centre and the Yogi Adityanath government had announced several development projects for Ayodhya since the Supreme Court verdict, which has paved the way for the construction of the Ram temple on the once-disputed site.