President Donald Trump on Saturday reiterated that the US could win Afghanistan in just four days, but it will kill at least 10 million people.

“We could win Afghanistan in two days or three days or four days if we wanted, but I’m not looking to kill 10 million people.” Trump was cited by The Hill as saying.

Trump remarks come just days after Washington Post reported citing a US official that the United States is preparing to withdraw thousands of its troops from Afghanistan as part of an agreement with the Taliban to end the 18-year-long war.

“If we wanted to fight a war in Afghanistan and win it, I could win that war in a week. I just don’t want to kill 10 million people,” Trump told Khan during their meeting.

“If I wanted to win that war, Afghanistan would be wiped off the face of the Earth, it would be gone, it would be over in, literally, in 10 days,” he added.

“I don’t want to go that route. So we’re working with Pakistan and others to extricate ourselves. Nor do we want to be policemen, because basically, we’re policemen right now. And we’re not supposed to be policemen,” the US President stated.

Kabul had criticised and sought clarification over Trump’s comment.

“The Afghan nation has not and will never allow any foreign power to determine its fate,” had said an Afghan official statement.

Also Watch | So Shayari: Imran Khan pleads for financial help from Trump after putting Hafiz Saeed behind the bars 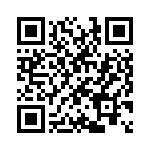