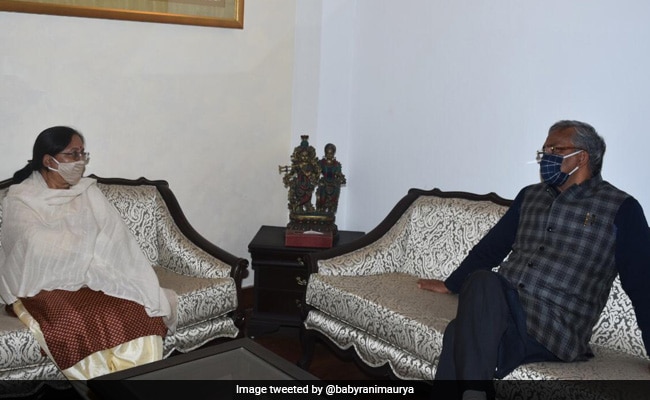 Uttarakhand Chief Minister Trivendra Singh Rawat will meet the Governor today amid reports that he has been asked to resign as part of the BJP’s course-correction ahead of polls next year. He had met with the BJP leadership yesterday in Delhi.

Mr Rawat, 60, may announce his resignation at a press conference before meeting with Governor Baby Rani Maurya.

Trivendra Singh Rawat had several meetings in Delhi with the BJP leadership, who reportedly received feedback from party MLAs in Uttarakhand that the Chief Minister’s below par performance would cost the party in polls due by February.

One of his meetings was with BJP chief JP Nadda, who had earlier held talks with Home Minister Amit Shah on the situation in the hill state.

Talk of a leadership change in Uttarakhand ahead of elections gathered steam after two central party observers, Raman Singh and Dushyant Gautam, were sent to Dehradun on Saturday for an assessment.

The two leaders spoke to MLAs, ministers and also with the Chief Minister and leaders of the RSS (Rashtriya Swayamsevak Sangh), the ideological mentor of the BJP. Their report to the party president apparently recommended change and damage control. Reports say they are heading back to Dehradun, with the situation looking fluid. A meeting of MLAs may take place tomorrow.

Many MLAs reportedly told the leadership that the BJP does not stand a chance of being re-elected under Mr Rawat’s leadership.

Mr Rawat’s critics accuse him of failing to communicate with them. The low profile politician has also upset many in his party with his lack of decision-making. MLAs reportedly flagged to the party that the Chief Minister had been ranked “below average” by some opinion polls.