Rajasthan Royals must have heaved a sigh of relief as England all-rounder Ben Stokes returned to training in Christchurch, New Zealand on Friday, a day before the start of the 13th season of the Indian Premier League.

Stokes shared the video on his Instagram page where he was seen bowling at the nets.

“Been great being in Christchurch we’re it all began for me..thanks to @sydenhamcricket for letting me use their facilities to bowl in..unlucky today @nick.smithson.7,” Stokes captioned the video of his practice session.

Earlier in the summer, Stokes had left for Christchurch last month during the Test series against Pakistan after his father, a former All Blacks International, was diagnosed with brain cancer.

It however remains to be seen whether Stokes will be available for the IPLseason in UAE. Even if he makes himself available, he will have to undergo a mandatory quarantine period in Dubai before joining the squad hence implying that he will miss a couple of initial games for the Royals.

Rajasthan Royals head coach Andrew McDonald admitted that is still unaware of when Stokes will be joining the squad, but added that the franchise is willing to give him as much time as possible.

“First and foremost, thoughts with the Stokes family. It’s a difficult scenario, so we are giving him as much time as he needs, and connecting with him as best as we can. So yes, weren’t not sure where Stokesy’s at right now, but once it has played out, then we can make our own decision from there,” McDonald said.

Rajasthan will begin their campaign against Chennai Super Kings on September 22 in Sharjah. 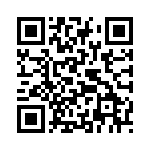