David Warner and Steve Smithreceived a hostile reception on their arrival to England ahead of the World Cup from the English crowd, which continued as the hosts take on Australia in the first test of the Ashes series. The duo was booed by the English fans during their batting, and the ‘Sandpaper’ chants continued during the second innings as well. During one such incident, when the chants were directed at David Warner, the Aussie batsman had the perfect response.

The Barmy Army sang, “He’s got sandpaper in his hands!” and Warner who was standing on the boundary line, smiled and turned over his pockets to show that he wasn’t carrying sandpaper. His response won over the Edgbaston crowd, who began to clap appreciatively.

Warner, however, failed to step up for Australia in the second innings, as he was dismissed on 8. Steve Smith, however, is holding the ground firm as Australia finished with a 34-run lead at the end of the third day. 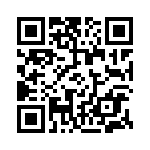