The side registered a 11-run victory and have earned two important points early in their campaign.

Hasnain, however, had a moment to cherish in the dressing room when he was greeted by the team principal, Bollywood star Shah Rukh Khan.

The Indian actor is currently acting as the principal of the side and was present at Port of Spain to cheer for the side.

Shah Rukh hugged Hasnain in appreciation of his efforts. Watch:

M. Hasnain is playing from the Team TKR owned by shahrukh Khan in CPL and took 3 wickets in his first match@iamsrk @CPL #CPL19 #SRK #Cricket pic.twitter.com/f20A8ywcoX

Trinbago Knight Riders are currently the defending champions of the CPL. 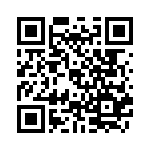 Asia Cup to take place in Dubai, both India and Pakistan will play: Sourav Ganguly