Indian duo of Sandeep Chaudhary and Sumit created world records on way to their gold and silver medals respectively in the F64 javelin event of the World Para Athletics Championships here on Friday.

The F44 and F64 were clubbed into one combined event in this World Championships. The world records are, however, counted according to the classification of the athletes.

UNBELIEVABLE 🔥
What a throw from 🇮🇳’s Sandeep Sandeep – setting a new WORLD RECORD in the men’s javelin F64, throwing a monster 66.18m!

The F44 category athletes have leg amputations or reduced function in one or both legs, and they compete without a prothesis.

The F64 category athletes have limb deficiency and leg length difference, and they compete with prosthesis. 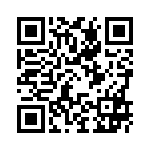