Chennai: The Indian Army’s Dakshin Bharat Area recognized and felicitated the 1971 Bangladesh-liberation war veterans and their families, who are based out of Tamil Nadu. According to the Army, 1,670 men and women from Tamil Nadu, the southern Indian state, served with India’s Armed Forces during the Bangladesh-liberation war. Of the 1670, 42 soldiers made the supreme sacrifice and 37 were wounded. Among those from Tamil Nadu are 3 Vir Chakra Awardees, 1 Mahavir Chakra Awardee, and 1 Sena Medal Awardee. Nine war heroes and three Veernaris(women who lost their husbands in combat) ) were honored at the event here. 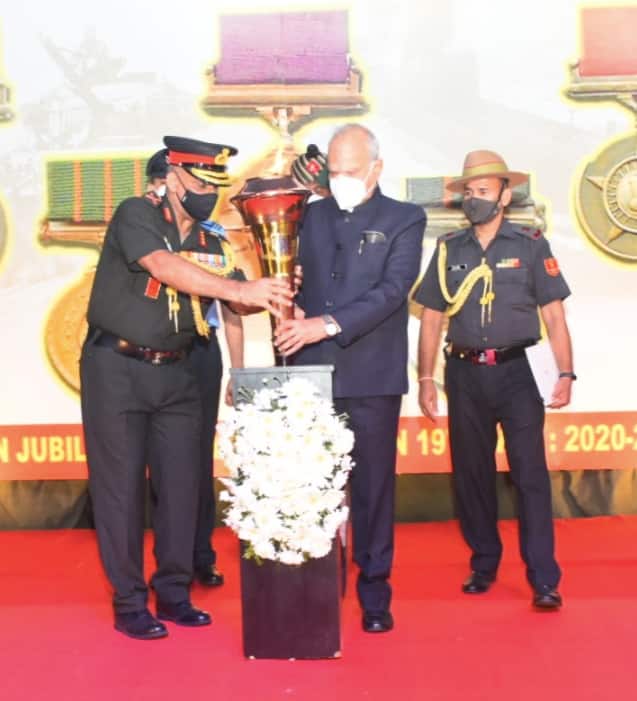 Among those who were honored here by the Army and the Tamil Nadu Governor Banwarilal Purohit, were three living legends who played a significant role in Pakistan’s defeat. Commodore Gopal Rao, under whose leadership a Pakistani Navy Destroyer was sunk and Karachi Port was paralyzed, Rear Admiral S Ram Sagar, a Naval Aviator who prevented the enemy from operating their airfields, bombarded their troop-carrying ships and Col Krishnaswamy who led his men to inflict a severe casualty, damage on Pakistani tank formations. 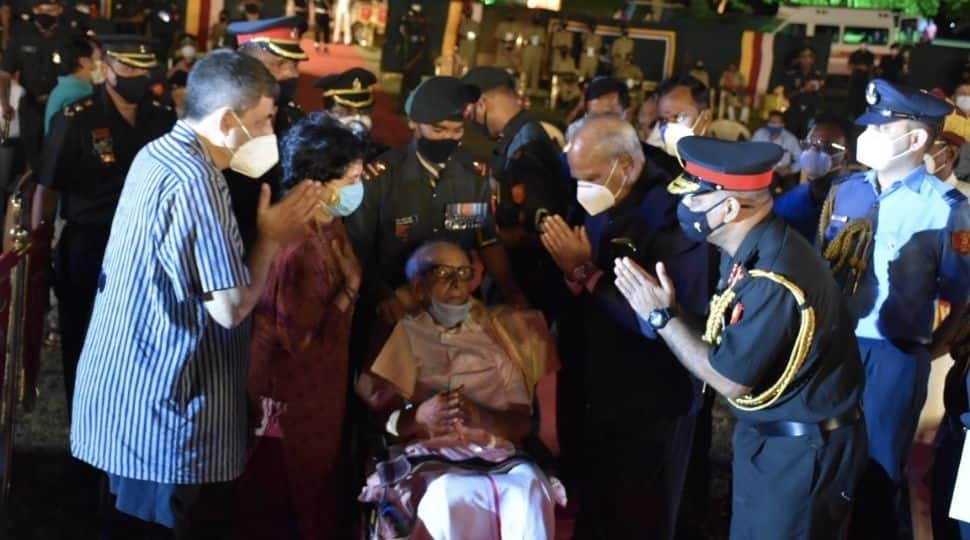 Speaking at the event, Lt. Gen. A.Arun, General-Officer-in-Command(GOC) Dakshin Bharat Area profusely thanked and conveyed his respects to the veterans and their families. He lauded their service and sacrifice for the nation. Recalling the 1971 war, he said that India fought a battle against Pakistan on its east and west, thus giving rise to a new nation called Bangladesh, out of East Pakistan. He emphasized that it was a war that witnessed 3,800 Indian men and women making the supreme sacrifice besides the 9,851 personnel who were injured.

On the historic significance of the 1971 war, he said that it was the first time since World War 2 that nearly 93,000 soldiers had surrendered with all their arms, ships, rockets, artillery, and aircraft. “Indian Armed Forces captured 15,000square kilometers of Pakistani territory in 1971, which we so graciously returned the next year” he added. The top Army officer also recalled that the iconic Taj Mahal had to be camouflaged, in order to protect the glowing monument from night-time Pakistani Air raids. 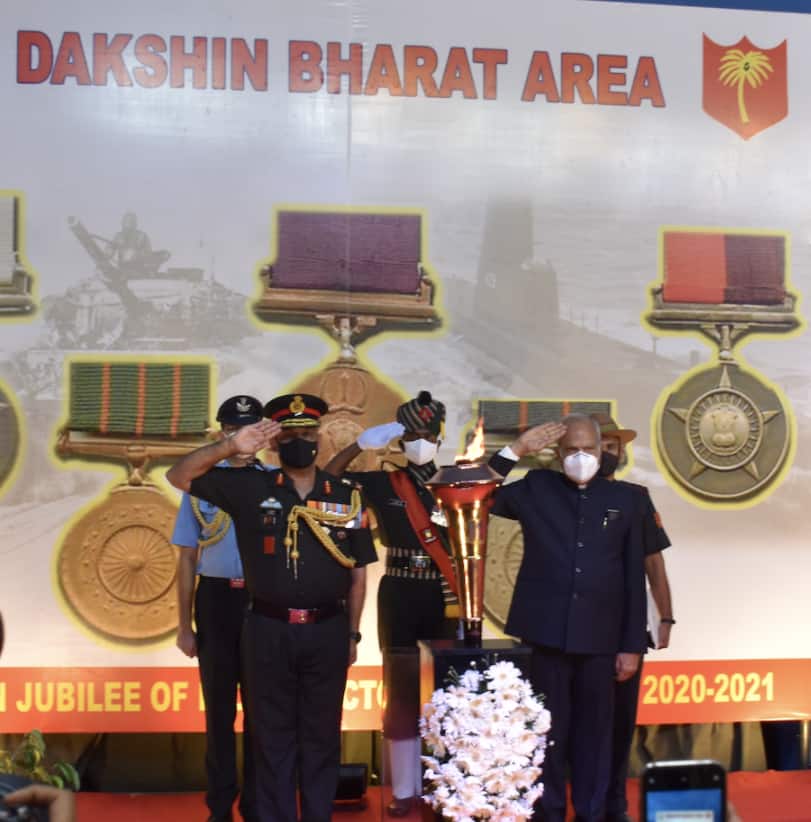 The Armed forces fraternity and the Governor lauded the role of ‘Veer Naris’ (women who lost their husbands in combat) for their contributions to the nation. They were also among those honored, along with other military families. Lt Gen Arun took the stellar example of a Veernari(martyred Jawan’s wife) from Tamil Nadu, who brought up their kids to become successful IITans. He added that this was the bravery of Tamil Nadu and Chennai.

The celebrations held in the city are part of the pan-India Swarnim Vijay Varsh (Golden Jubilee of 1971 War). The event included displays by the Military band, Equestrian team, Drill team, Martial arts teams among others. As a part of the Golden jubilee year, four commemorative flames are being paraded across all four directions of the country, since late last year. Soil from the cities and villages of the 1971 Indo-Pak War Heroes are being collected and taken to Delhi to be ensconced with the National War Memorial.