Anushka Sharmapaid a tribute to designer by sharing a throwback photo with him along with a caption that read, “Woke up in NZ to the sad news of Wendell Rodricks having passed away in his sleep. He was one of the most iconic & original designers in fashion & A champion for LGBT rights .

He had given me an opportunity to close his fashion week show in Mumbai after spotting me in Bangalore at a fashion show and was gracious, kind & encouraging. He was one of the reasons I had the courage to move to Mumbai from Bangalore to pursue modelling when I was just 18 years old.”

Malaika Arora also shared a griefing post with a caption that read, “A master couturier and his muse …. RIP our dearest @wendellrodricks …. I first sat n cried , n then I sat alone n smiled n laughed , jus thinkin of all the beautiful beautiful memories n moments we shared.”

Shocked to hear about the sudden demise of fashion designer, Wendell Rodricks,
My heartfelt condolences to his family & dear ones. We will truly miss him. RIP 🙏 pic.twitter.com/1aEAbMzyMS

RIP #WendellRodricks ..Can never forget the love & kindness u showed me when I was starting my journey as an MTV VJ. You literally picked me out of a bunch and told everyone I would make it. It meant so much to me as did all our chats in French. Tu es avec les anges mon ami 💔 pic.twitter.com/Qeku9Gp7mB

Farewell ! Always true to your heart.
The baton was passed on…
The label lives!
What a beautiful legacy…@Wendellrodricks #wendellrodricks pic.twitter.com/A7o5VDvli0

Fashion designer, activist #WendellRodricks passes away at Goa home. He was leading Save Goa campaign. #ripwendellrodricks https://t.co/E49rMxLz63 via @IndianExpress 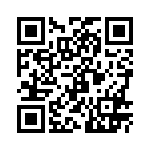