West Indies produced an all-round effort to record a comprehensive 47-run win over Afghanistan in the second ODI that was threatened by an invasion of thousands of moths and flies here on Saturday. It forced many West Indies players to wear masks as batting and fielding became difficult in the day-night game at the city’s Ekana Cricket Stadium.

The West Indies, though, still managed to take an unassailable 2-0 lead in the three-match series.

Put into bat, West Indies posted 247 for nine in their stipulated 50 overs, riding on a 50-ball 67 by Nicholas Pooran and a 75-ball 54 from opener Evin Lewis

Shai Hope (43) and Shimron Hetmyer (34) were the other contributors for West Indies.

Seamer Naveen-ul-Haq claimed three wickets to emerge as the best bowler for Afghanistan.

West Indies returned to dismiss Afghanistan for 200 in 45.4 overs to complete the win.

Afghanistan all-rounder Najibullah Zadran emerged as the top-scorer with a 66-ball 56, his knock studded with seven boundaries and a six.

Chasing 248 to win, Afghanistan didn’t have a good start and were reduced to 61 for three in the 15th over.

Afghanistan lost half their side for 109 in 27 overs. Najibullah and Nabi then added 68 runs but both the batsmen left in successive overs as they slipped to 177 for seven in the 40th over. 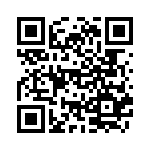