We only ever experience three spatial dimensions, but quantum lab experiments suggest a whole new side to reality – weird particle apparitions included

YOU are running through an open field with the wind in your hair. Or you are diving into the ocean, feeling the cool water surround you. At moments like these we feel free, liberated. Few of us stop to consider the truth – that we are trapped in an invisible prison.

Up-down, left-right, forward-back: these are the three dimensions in which we eat and breathe, make friends and grow old. As prisons go, it could be worse. Then again, we have never known anything else. Despite some imaginary claims to the contrary, no one has ever really experienced a higher dimension.

But now, in some of the world’s most sophisticated labs, we are building our own synthetic extra dimensions. The concept is so far removed from our experience that it is hard to imagine what they could be like. We have, however, already seen the ghostly effects of four-dimensional space touch on our own and wired up electric circuits with an extra dimension. It is unlikely to stop there. Now we have got the hang of it, there is talk of creating five, six or even more dimensions, and even suggestions that exotica such as new particles might lurk in the extra-dimensional wilderness.

This is a frontier that we are barred from exploring directly. We are forced instead to look for the subtle imprints that extra dimensions make on the three dimensions we are confined to. Even so, we could be about to extend the boundaries of reality in ways that come close to the limits of our descriptive powers. 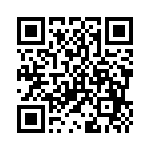 How Octopuses Use Their Suction Cups to Taste Through Touch

What Did Pterosaurs Eat? Look Very Closely at Their Teeth