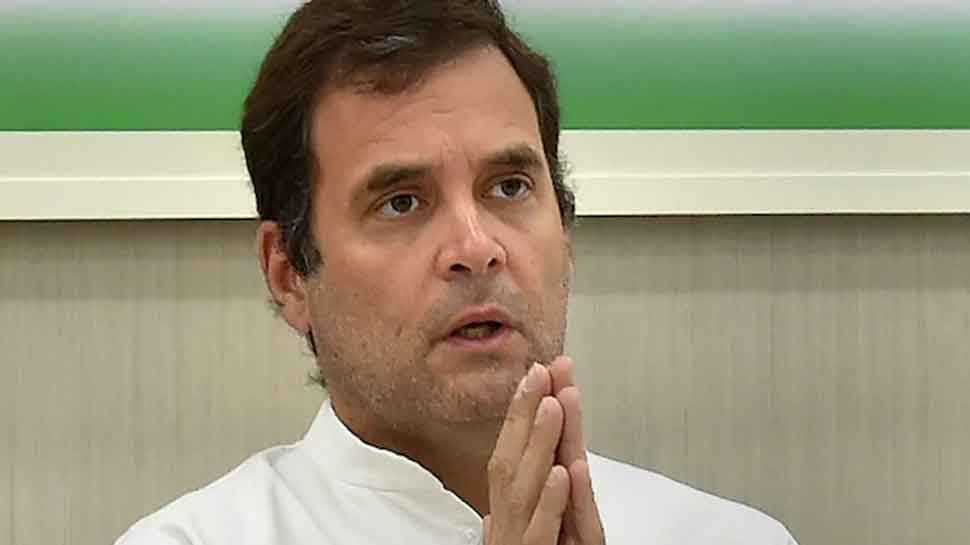 NEW DELHI: Congress leader Rahul Gandhi on Friday (February 14, 2020) made a stinging attack on the ruling Narendra Modi-led NDA government at the Centre and sought to know from it who benefitted the most from the Pulwama attack on its first annivesary. Taking to Twitter, the Congress MP raised three questions and sought to know from the BJP regime what came out of the inquiry into the February 14, 2019 Pulwama attack.

The Gandhi scion finally asked who in the BJP government has been held accountable for the security lapses that allowed the attack?.

Today as we remember our 40 CRPF martyrs in the #PulwamaAttack , let us ask:

1. Who benefitted the most from the attack?

2. What is the outcome of the inquiry into the attack?

3. Who in the BJP Govt has yet been held accountable for the security lapses that allowed the attack? pic.twitter.com/KZLbdOkLK5

Rahul Gandhi’s tweet, which is likely to trigger a political storm, came on a day when the entire nation is paying homage to 40 brave Central Reserve Police Force (CRPF) jawans, who lost their lives in one of the worst terror attacks in three decades in the erstwhile Jammu and Kashmir on this day – February 14, 2019, for their valour and supreme sacrifice in the line of duty.

A host of events will be organised through the day pay homage to the CRPF bravehearts across the country. To mark the occasion, the CRPF will dedicate a memorial to 40 brave CRPF personnel who were killed in the Pulwama terror attack in February last year at the Lethpora camp.

The memorial has been set up inside a CRPF camp adjacent to the place where Jaish-e-Mohammad terrorist Adeel Ahmed Dar, driving an explosive-laden car, blew himself next to a convoy of security forces killing the 40 personnel.

According to Additional Director General of CRPF, Zulfiqar Hasan, the names of all the 40 personnel along with their pictures will be part of the memorial along with the moto of the CRPF – ‘Seva and Nishtha’ (Service and Loyalty).

Gandhi’s tweet was in reference to how the BJP had captured the posy-Pulwama political narrative around security and nationalism and how it paid dividends in the Lok Sabha election last year.

Before Gandhi, CPI(M) leader Mohammed Salim on Friday said there was no need to build a memorial for the 40 CRPF personnel killed as it only reminds the country of incompetence in failing to stop the attack.

A CRPF convoy of 70 vehicles was targeted by an explosives-laden SUV that was being driven by a Jaish-e-Mohammad suicide bomber, who was later identified as Adil Ahmad Dar. The vehicle rammed into one of the CRPF buses, killing 40 personnel onboard.

The Pulwama terror attack was condemned by PM Narendra Modi in very strongest terms. PM Modi then said that the terrorists had committed a huge mistake and they will pay for it. Almost all the conspirators behind the dastardly attack have since been killed with the last one being Qari Yasir, the self-styled chief of Jaish-e-Mohammad terror group, who was killed last month.