Addressing the CLP meeting on Thursday, Chief Minister Ashok Gehlot told the MLAs they would have to stay at Hotel Fairmont in Jaipur till August 14.

With both the governor and chief minister of Rajasthan finally agreeing on a date when the Assembly will be convened – August 14 – the 100 or so MLAs of Congress and its allies are likely to end up living through the political crisis in the state in a huddle for a month.

In what has been branded as a uniquely Indian political phenomenon, ‘resort politics’ – the practice by a party of shifting all its lawmakers at one or more places to avoid them from being poached by a political rival – Rajasthan is likely to end up creating a record irrespective of which party finally takes control.

It was on July 13 that the Congress had shifted its MLAs to Jaipur’s Fairmont Hotel alleging a ploy by the BJP to topple the government by breaking away its lawmakers.

Addressing the Congress Legislature Party (CLP) meeting held on Thursday, Chief Minister Ashok Gehlot told the MLAs that they would have to stay at the Hotel Fairmont in Jaipur till August 14.

During this time they would only be going to secretariat to attend to official work. Over the next fortnight, the MLAs, who have already been living through a kind of social isolation over the past two-and-a-half weeks, are likely to miss out on Bakr-Eid, Raksha Bandhan and Janmashtami.

Fairmont Hotel is where Rajasthan is going to be run from, for the next fortnight at least.

The impasse between Gehlot and Governor Kalraj Mishra was finally over when the latter agreed to the fourth request made by the CM to convene the Assembly.

Talking to the media on Thursday, Gehlot said that the delay in allowing a session, where Gehlot is likely to call for a floor test in a bid to prove his majority, was to allow horse trading of MLAs to continue.

He said that “unlimited” money was being offered to his MLAs in return for their leaving the Congress. He alleged that as soon as the date of convening the Assembly was decided, sky-high offers were being made to his MLAs.

“After the assembly session was announced last night, the rates of horse trading have increased. Earlier, the first instalment was of Rs 10 crore and second was of Rs 15 crore. Now it has become unlimited and all know who is doing horse trading,” Gehlot told reporters.

Although he did not specify whether he will conduct a floor test in the Assembly when it convenes on August 14 or take up any other official business, he said that it would be decided by the state cabinet.

Responding to a question on his reaction on the conduct of rebel MLAs, who, led by former deputy chief minister Sachin Pilot, are camping in a different hotel, he said that those who have not accepted money should return to the party on whose symbol they fought and won Assembly elections.

The chief minister also took potshots at Union Cabinet Minister Gajendra Singh Shekhawat, saying that despite his name allegedly featuring in controversial tapes, he still had not resigned from the cabinet. Gehlot said he had spoken to the Prime Minister about the political upheaval in Rajasthan.

Responding to a question about the Bahujan Samaj Party (BSP) approaching the high court challenging the merger of its state unit, along with six of its MLAs, into the Congress, he said that since the entire state unit had merged with his party, Mayawati did not have a case. He also alleged that she was working at the behest of the BJP.

Meanwhile, the governor said in an interview on Thursday that the Constitution is supreme for him and refuted allegations that he had acted under the Central government’s pressure in the political tussle.

“The Constitution is supreme for a governor. There is no pressure on me,” he said when asked about the Congress’ charge against him. 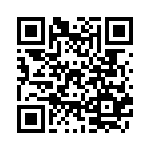