There are many things that we don’t understand about dark matter, but whether it is actually dark isn’t one of them, writes Chanda Prescod-Weinstein

WHAT’S the matter with dark matter? Its name, for one thing.

Dark matter is so-called because of the idea that it is like being in a room without a light on. But actually, we know the universe is filled with light even with lots of dark matter in it. We see evidence of this very often – directly from the sun during the day and reflecting off the moon at night. On a clear night we can see stars too. With sensitive instruments, we can also detect the cosmic microwave background radiation that pervades all of space-time. 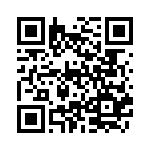