A blood sample is collected during the serosurvey in Delhi. (Express photo: Abhinav Saha)

On Saturday (August 1), Delhi initiated a second serological survey across the 11 districts of the capital to estimate the percentage of the population that could have developed antibodies against the novel coronavirus.

The exercise “will aid the government to tailor its (Covid-19) strategy to changing circumstances”, the Delhi government said on the official Twitter handle of the Chief Minister’s Office.

OK, first of all, what exactly is a serological survey, again?

A serological (or sero) survey is intended to detect whether the person being tested has developed antibodies against the coronavirus. Antibodies are proteins that are produced by the body’s immune system to fight external organisms like viruses that enter the body.

Since these proteins are produced only after the infection has happened, and are specific to the attacking virus or bacterium, the presence of antibodies is an indication that an infection by that particular virus or bacterium has already occurred. Subsequent attempts to infect the body can be thwarted by these antibodies.

Serological surveys help to assess how widespread Covid-19 could have become in a community. Since it is not possible to test everyone, it is not clear how many people in the population are infected, especially since most of the patients do not even show any symptoms of the disease. Detecting antibodies in random sets of people is, therefore, an indirect way of estimating the extent of the spread of the disease in a community.

It is important to be aware that the results of a serosurvey provide only an assessment and estimate. The spread of the disease is uneven, and the survey results should not be extrapolated over the entire population.

Wasn’t a serological survey just carried out in Delhi?

The first serosurvey was done all over the country — by the Indian Council of Medical Research (ICMR), in collaboration with state health departments, the National Centre for Disease Control (NCDC), and WHO India. It was carried out in May 2020, covering 26,400 individuals in 83 districts of the country. It found that 0.73 per cent of the surveyed population had been earlier exposed to SARS-CoV-2 (and had developed antibodies).

That serosurvey was intended to estimate the fraction of the population infected with SARS-CoV-2 in the general population, and in containment zones if hotspot cities, ICMR chief Dr Balram Bhargava had said.

In Delhi, the survey was carried out in the containment zone of the Southeast district, and found a seropositivity of 9% to 11%.

The second serosurvey was focussed on Delhi. It was conducted by the NCDC between June 27 and July 10, during which a total 21,387 samples were randomly collected from across the 11 districts of the capital.

The survey reported a seropositivity rate of 22.86% for IgG antibodies — which implied that one in every five individuals surveyed had been exposed to the novel coronavirus that causes Covid-19. The Central, Northeast, and Shahdara districts showed the highest positivity rates of over 27% each.

So what will happen in this new survey?

Starting from Saturday, the Delhi government will conduct a serosurvey during the first five days of every month in order to continuously monitor the trajectory of the disease in the capital.

Each team of surveyors will collect between 25 and 40 blood samples every day. (Serosurveys that look for the presence of antibodies draw blood samples, unlike the testing for the virus itself, in which nose and throat swabs are taken.)

The state health department has authorised 18 labs to process the samples. The exercise has to be completed by 2 pm every day, and teams must transport the samples to the designated labs by 4 pm.

This survey by the Delhi government will be smaller than the previous survey carried out in Delhi by the NCDC. This survey will cover 15,000 people. Teams of surveyors will go door-to-door to collect samples. Samples will also be collected at designated collection centres.

For all the latest Explained News, download Indian Express App. 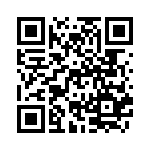