The army celebrates January 15 as Army Day every year as it was on this day that the first Indian general took charge of the Indian Army. General KM Cariappa (later Field Marshal) took over as the commander-in-chief of the Indian Army in 1949.

The first two chiefs of the army after Independence were British. Cariappa replaced the last British commander General Sir Francis Robert Roy Bucher who served in the top position from January 1, 1948 to January 15 1949. Bucher’s predecessor General Sir Robert McGregor Macdonald Lockhart served as the chief from Aug 15, 1947 to December 31.

Cariappa, fondly known as Kipper, was only 49 when he took charge of the army. He served as army chief for a full four years, retiring on January 16, 1953.

During the partition, he played a key role in reaching an amicable settlement for the division of the army between India and Pakistan. He was then a member of the army sub-committee of the Forces Reconstitution Committee.

1. The Army Day parade, held at the Parade Ground in Delhi Cantonment, is one of the chief highlights of the celebrations. The army chief takes the salute and inspects the parade led by the General Officer Commanding, HQs Delhi Area. The other two service chiefs also attend the parade every year and take salute. This parade is also a part of the Republic Day parade.

2. Apart from the three service chiefs, India’s first chief of defence staff General Bipin Rawat will also attend the parade this year and take salute. Rawat took charge as CDS on December 31. He heads the department of military affairs and is also the principal military adviser to the defence minister on all matters related to the tri-services.

3. The parade ground is one of the largest such grounds in Delhi. It was named after Cariappa in December 2016 in honour of the Field Marshal. The Cariappa Parade Ground hosts several ceremonial events every year, with the Army Day parade topping the list.

4. The army chief gives away gallantry awards to soldiers and unit citations to different battalions for outstanding and sustained performance during operations and also peace time.

5. On Wednesday, 15 soldiers will be decorated with gallantry awards while 18 battalions will get unit citations.

8. The parade will consist of 18 different contingents and will also feature a combat display in which soldiers simulate action in enemy territory.

9. A lady officer will be the Parade Adjutant for the first time in the history of the parade. A fourth generation soldier, Captain Taniya Shergil was commissioned into the Corps of Signals two years ago. The parade adjutant plays an important role in directing and conducting the parade.

10.The army chief hosts a traditional reception at his official residence on Rajaji Marg as part of the celebrations. The reception or ‘at home’ is attended by the President, the Prime Minister, cabinet ministers, top officers of the armed forces, former army chiefs and defence attaches of foreign countries posted in Delhi. 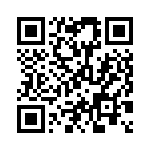