Nobel prizewinner Jim Peebles introduced dark matter and dark energy into our standard model of the cosmos – but that is only an approximation to a deeper truth, he says.

IF SUCCESS is measured in Nobel prizes, we have got something right with our standard model of cosmology. In the past two decades, three prizes have been awarded for advances in the study of the large-scale nature of the universe. Our picture of a cosmos that some 13.8 billion years ago was in a hot, dense state and has been expanding and cooling ever since is in close agreement with a considerable variety of observations.

But you can argue it the other way, too. Our cosmology assumes that most matter comes in a “dark” form that hasn’t yet been detected. It relies on Albert Einstein’s cosmological constant, a seemingly arbitrary addition, to explain why the universe’s expansion is apparently speeding up. Even if you are prepared to overlook these difficulties, there is the unsolved question of what the universe was doing before it was expanding.

A sceptic might view complications such as dark matter and dark energy, the current incarnation of the cosmological constant, as today’s equivalent of the Ptolemaic epicycles, the convoluted tweaks made to the model of the planets’ motions to maintain the fiction that they were all revolving around Earth. I have more skin in this game than most: I introduced the mystery elements of dark matter and dark energy into our standard cosmology. So is the model I helped construct right; is our cosmology a true reflection of reality? In what follows, I will strongly argue yes – but only as far as that goes.

The evidence for a universe that began in a “big bang” is serious. The chief witness is a close-to-uniform sea of microwave … 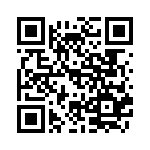