A picture may be worth a thousand words, but in the case of a baby squirrel enjoying a snack, still images alone fail to capture the full extent of the cuteness. 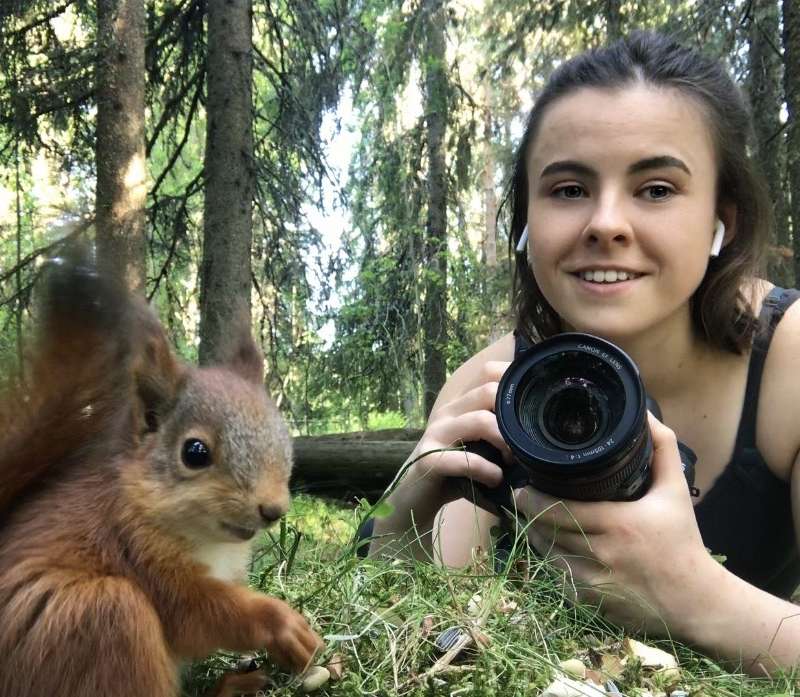 For the past few weeks, photographer Dani Connor has been serving as adoptive mom to a group of orphaned red squirrels, at home in a forest in Sweden. Their mother died, so Connor’s been bringing them food daily to keep them growing up strong.

It’s a selfless gesture on Connor’s part, to be sure. But it’s come with some adorable benefits.

In return, Connor has earned the squirrels’ trust, allowing her a close-up peek into their little squirrel ways.

Connor was making a video of one of the babies eating, and realized there were sounds her camera wasn’t capturing.

“I was missing the amazing noises they make when eating,” Connor told The Dodo.

So, she positioned a microphone close enough to hear:

Along with the munching noises you might expect to hear when a little squirrel snacks was another faint sound — a sweet symphony of happy squeaks.

“When I heard it with headphones at home, my heart melted,” Connor said. “I have been told it is the same noise they make when feeding from Mum.”

And given Connor’s dedication to raising the orphans, wild and free, in essence they are.