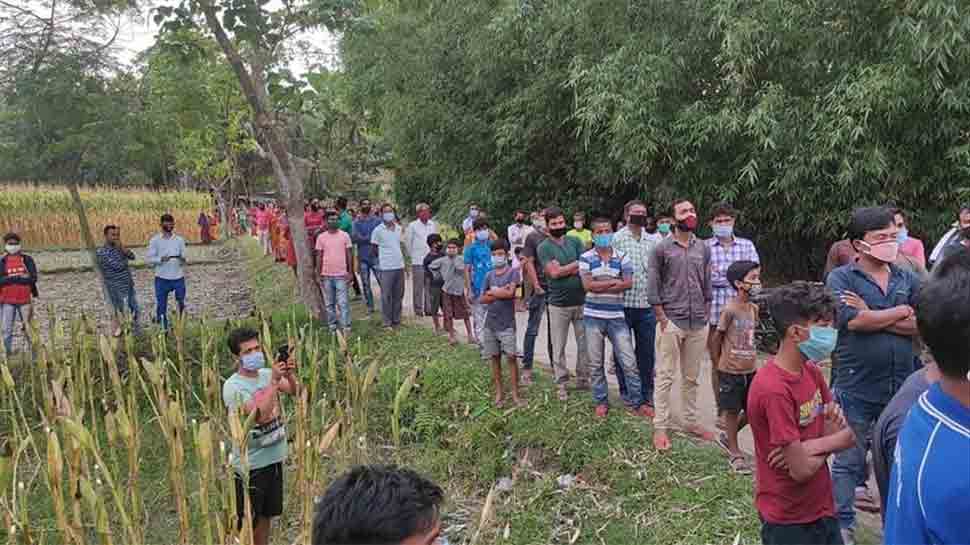 New Delhi: Post-poll violence and vandalism continue unabated in West Bengal ever since Trinamool Congress emerged as the winner in the assembly election 2021. Violence has been reported in several parts of West Bengal after the results of the assembly elections were declared on May 2. Bharatiya Janata Party (BJP) has alleged that nine of its party workers have been killed in the post-poll violence. However, the TMC is denying the allegations.

Meanwhile, a video showing Trinamool Congress Panchayat member Mita Das forced a woman to do a sit-up in full publc view. According to reports, the woman was punished as her elder brother PrashantWest Bengal violence, Burdwan, West Bengal, Trinamool Congress, BJP, Mamata Banerjee, West Bengal assembly election, assembly election Babu is a BJP supporter and worked at the party booth agent. The woman is also a BJP supporter and hence was forced to take the punishment by the woman Trinamool member.

However, when confronted, Mita Gas denied the allegation of punishing the woman and claimed that locals in the area were behind the act. She said that upon receiving the information, she reached the spot and saved the woman from being attacked by Trinamool Congress men.

In the pictures, you can see how a woman wearing saree in a market filled Priyanka Devi is holding her ear and holding a meeting. Her daughter is standing next to them. So the woman is constantly being threatened on the opposite side By female Trinamool Panchayat member Khita Das.

Meanwhile, Mamata Banerjee has accused BJP behind the violence in Bengal and said that total 16 people have so far been killed in post-poll violence. Earlier in the day, she announced a compensation of Rs two lakh for the families of those who lost their lives in the post-poll violence.

Mamata, during a press meet at the state secretariat, also said that her government will provide job of a home guard to one family member each of the five persons who were killed in CISF firing in Cooch Behar’s Sitalkuchi area during fourth phase of voting on April 10.