Microsoft’s been relatively soft compared to Sony when it comes to exclusive games, but they’ve managed to cook up an incredible weapon for the ongoing console wars: Xbox Game Pass. The service is basically Netflix for games, since it lets you play over 100 games (including first-party releases from Microsoft, as well as select games like The Outer Worlds, as soon as they launch). Add Xbox Live into the mix, and you have a pair of subscription services that greatly improve your gaming experience.

For Black Friday and Cyber Monday 2019, Microsoft and a few retailers are offering a few deals that make the service even cheaper, so if you were thinking of getting started with Game Pass, now’s the time to start. You especially want to invest in the service if you’re thinking of buying an Xbox One S All-Digital Edition console while it’s only $149.

For those unfamiliar with the Xbox One’s subscription services, you can find more details on Game Pass for Xbox One and PC, Xbox Live Gold, and Xbox Game Pass Ultimate at the bottom of this article. As a reminder, these subscriptions stack, so even if you’re already a member and don’t need to renew quite yet, you can save yourself some money in the long-term by buying these subscriptions while they’re cheap.

Plus, catch up on more of Cyber Monday 2019’s best Xbox One deals so far, including great discounts on games as well as console bundles and accessories.

Xbox Game Pass Ultimate: Get 3 months for $1 (new subscribers only)

Newegg currently has three-month Xbox Game Pass Ultimate subscriptions for $24 each with promo code EMCUUVB33. If you happen to miss out on the “buy three months, get three months free” deal at Walmart, then this is the next best thing–buy two, and you’ll have a six-month subscription for $48 (only $3 more).

Best Buy and Walmart both have Xbox Game Pass Ultimate on sale for just a few dollars more. You can grab a three-month subscription for $27 at either retailer.

Newegg has 3-month Xbox Live Gold memberships on sale for $13 when you use promo code EMCUUVB32.

If the Newegg deal sells out, Walmart is selling 3-month memberships for $15.

What is Xbox Game Pass?

Xbox Game Pass for Console provides access to over 200 Xbox One games. New games are added to the service every month, and users get special discounts on the ones that are leaving just in case players want to keep them. In addition to all this, first-party Xbox One games always launch on Game Pass day one–this has included games like Gears 5, The Outer Worlds, and Forza Horizon 4. It costs $10 a month to join Game Pass for Xbox One.

Xbox Game Pass for PC provides access to over 150 PC games through the Xbox app on Windows 10. Like the console version, new games are added every month, and special discounts are available in case you want to keep any games on their way out. First-party Xbox One games launch on PC the same day as console, so you gain access to them as well. You can join Game Pass for PC at $1 for the first month, after which the price goes up to $5 a month.

What is Xbox Live Gold?

Xbox Live Gold provides access to online multiplayer, exclusive discounts, and free monthly games. You can subscribe to Xbox Live Gold for $10 a month, $25 for 3 months, or $60 for a year.

What is Xbox Game Pass Ultimate? 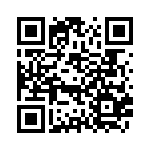