Xbox Live is currently experiencing issues that are affecting signing in and playing multiplayer titles across Windows 10 and Xbox One. It doesn’t appear there is a fix yet, but Microsoft is working on getting things running smoothly again.

The Xbox Status support page currently lists issues for Xbox Live Core Services as well as Social and Gaming. Players may experience issues attempting to join friends already in online games, as well as signing in or creating new accounts. Some of these issues affect only the Xbox One and Xbox platform on Windows, while others also affect the Xbox website and Xbox 360.

Microsoft has experienced a few other issues with Xbox Live over the last few days, including error messages when starting parties and issues with online matchmaking. Its Twitter support page regularly posts updates on any outages or other issues. 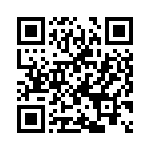