As May is about to end, it’s time to gear up for another round of Games with Gold freebies. Microsoft has revealed the four games that will be free in June for Xbox Live Gold subscribers–the lineup includes two Xbox One titles, one Xbox 360 game, and an original Xbox game that has a looming remake. As always, the freebies for Xbox 360 and original Xbox are backward compatible.

Starting June 1, you can grab Shantae and the Pirate’s Curse for Xbox One. The Metroidvania from WayForward originally released in 2014 and stars a half-genie who wards off the invasion of her homeland by running, jumping, and whacking enemies with both her hair and items acquired along the way.

Original Xbox game Destroy All Humans will be free from June 1 to June 15, which is interesting considering the Destroy All Humans remake is set to launch in July. The open-world action game has become a cult classic in recent years, so you can play the original before diving into the updated version this summer. 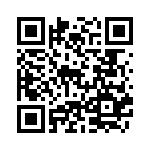 Destiny 2: Where Is Xur July 10-14? Location Of Exotic Weapons And Armor

New Xenoblade Chronicles Update Out Now On Switch, Here’s What It Does