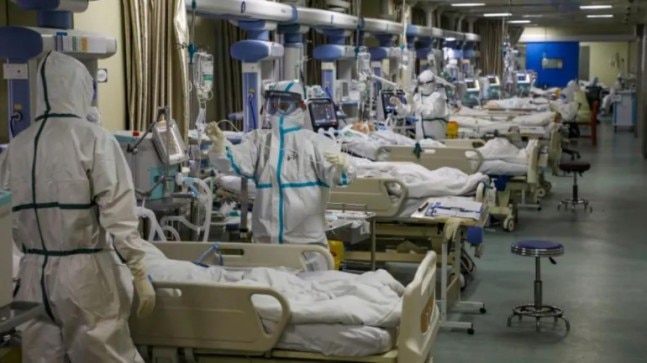 Chinese President Xi Jinping called for greater protection of medical workers fighting the coronavirus after causalities among them showed an upward trend as the death toll from the epidemic crossed the 2,000-mark on Wednesday, authorities said.

China’s National Health Commission (NHC) in its daily report said that 136 people died on Tuesday taking the total death toll to 2,004 so far due to the virus also called COVID-19.

Of the new deaths, 132 were reported from the worst-hit Hubei province for which Wuhan is the provincial capital and one each from Heilongjiang, Shandong, Guangdong and Guizhou.

Over 74,100 people have now been infected by the deadly virus in China, with more than 1,000 other cases detected in at least 25 countries.

Another 1,185 new suspected cases have been reported on Tuesday in China, while 236 patients became seriously ill and 11,977 patients remained in severe condition, the commission said, indicating that the condition of the large number of people who contracted the virus remained critical.

On Wednesday, Hong Kong reported its second death from the virus. The deceased was a 70-year-old male who was diagnosed on February 14.

Meanwhile, Wuhan witnessed yet another major tragedy on Tuesday as Liu Fan, 59, a deputy chief nurse of Wuchang Hospital, her parents and brother died due to the virus, raising concerns over increasing casualties of the medical staff.

State-run Global Times reported on Wednesday that Liu had been on duty in the injection room of the hospital until February 2. She was confirmed to have been infected with the virus on February 7 after she felt physical discomfort and had a fever following which she was admitted to the hospital. Her condition worsened quickly and she died on February 14.

Tragically before Liu’s death, her parents and brother had also died of the virus after being infected. Her husband and daughter are under quarantine but have not been found to be infected.

On the same day, Dr. Liu Zhiming, 51, president of the same hospital, died of the coronavirus, highlighting how China’s medical staff are paying a very high price while fighting the virus.

Last Friday, the NHC said that a total of 1,716 medical workers had been confirmed with the infection as of February 11 and six others died.

As the medical workers’ casualties increased, President Xi called for great attention to their protection to make sure they are healthy and stay focused on winning the battle against the coronavirus.

Xi said medical workers are the backbone force in defeating the epidemic and stressed on providing comprehensive support for them to ensure their strength, morale and energy.

He said China must “strengthen efforts to relieve the stress of medical workers, provide them with daily necessities, arrange time for their rest and give them encouragement”, the state-run Xinhua news agency reported.

More than 30,000 medical workers, including military medics, have been sent from across the country to worst-hit Hubei province to fight the epidemic.

The World Health Organisation Director-General, Tedros Adhanom Ghebreyesus, condoled the death of Dr. Liu saying that he touched and saved a number of lives.

“My deepest condolences to the family of Dr Liu Zhiming, his colleagues and patients for this enormous loss,” he tweeted on Tuesday.

Liu “touched and saved numerous lives in the COVID-19 outbreak,” Tedros said, adding that “my thoughts are with them and all the front-line health workers fighting the virus.”

An eulogy issued by the local health commission said Liu had made important contributions to the city’s epidemic prevention and control while leading all medical personnel of Wuchang Hospital on the frontline to fight against the epidemic.

Official media reports said that the casualties among the medical staff rose sharply as they were not aware about the human-to-human transmission potential of the virus as a result many of them attended patients without proper medical gear.

Also on Wednesday, NHC spokesperson Mi Feng claimed that the COVID-19 in Hubei has been gradually brought under control.

The daily count of newly cured and discharged cases in Hubei, excluding the capital city Wuhan, has exceeded the number of newly confirmed cases for four consecutive days as of Wednesday, Mi told the media here.

On Wednesday, 1,693 new confirmed cases were reported in Hubei, including 1,660 in Wuhan, according to NHC.

Also, two more hospitals with a planned capacity of 1,560 beds under the control of military medics have started functioning in Wuhan. Tokyo restricts movement to combat virus, but some carry on as usual