Xiaomi co-founder Lin Bin responded to a fan’s post on Weibo confirming that their next flagship smartphone, Mi 10 Pro, would the successor to the Mi 9 Pro

Chinese smartphone manufacturer Xiaomi is all set to come with a new smartphone and a successor for the Mi 9 Pro. According to a report, Xiaomi co-founder Lin Bin’s latest Weibo post confirms that the company’s next flagship smartphone will be the Mi 10 Pro. Lin Bin seconded a Mi fan’s Weibo post about the Mi 10 Pro. This indicates that Mi 10 Pro will be Xiaomi’s upcoming device and would, in fact, be the successor to the Mi 9 Pro. Apart from the name, other specifications like the launch date, camera, screen size and other specifications have not been confirmed yet. This is the first official confirmation from Xiaomi about the Mi 10 Pro. Xiaomi Mi 9 Pro 5G was launched in China this September.

The Mi 9 Pro 5G was launched by Xiaomi in China, earlier in September. The smartphone sports the Snapdragon 855 Plus processor. Xiaomi is presently gearing up for the launch of Redmi K30, the successor of its popular K20 series, on December 10 in China. The upcoming handset will come with 5G support which means it will be the first phone under Redmi series to feature the next-gen connectivity standard.

The handset is rumoured to feature a 120Hz refresh rate display, which means that Xiaomi means business this time. It is also rumoured to launch with Qualcomm Snapdragon 730G chip, and possibly the Pro variant will rock the Snapdragon 855+. Redmi K30 is also expected to feature Sony’s latest 60-megapixel IMX686 camera sensor along with additional camera sensors to capture ultra-wide, telephoto and macro photos. 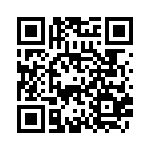