Microsoft has confirmed that it is continuing to love all platforms equally, and not just its own Windows operating system. The latest showering of love comes with the new Microsoft Defender antivirus software for Android phones and the Apple iPhone. The company isn’t yet detailing exactly what the new Defender app for smartphones will do but does promise that these apps will offer comprehensive protection. The first look at the new Microsoft Defender app for Android and iOS will be a reality at the RSA Conference in a few days’ time.

“Providing comprehensive protection across multiple platforms through a single solution and streamlined view is more important than ever. Next week at the RSA Conference, we’ll provide a preview of our investments in mobile threat defense with the work we’re doing to bring our solutions to Android and iOS,” says Moti Gindi Corporate Vice President, Microsoft Threat Protection. This comes almost a year after Microsoft released the Defender antivirus for Apple Mac devices, albeit this is still in preview stage for businesses. At the time, Microsoft renamed the Windows Defender Advanced Threat Protection (ATP) to Microsoft Defender Advanced Threat Protection (ATP) to show off its more inclusive capabilities. The Microsoft Defender app for macOS devices offers complete virus and threat protection as well as the option of quick or full manual scans.

The challenges on smartphones will be different. Particularly for Android, where malware is a huge problem with a lot of users sideloading apps from unverified sources. Microsoft Defender for Android and iOS, the former in particular, will be competing against a bunch of antivirus and security software already available—including McAfee Mobile Security, AVG Antivirus 2020 and similar solutions by ESET, Avast and QuickHeal, to name a few. At this time, it is not clear if Microsoft will intend to offer these to consumers via the Apple App Store and Google Play Store, or push the security product directly via tie-ups with phone makers. 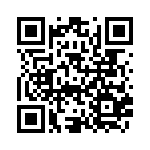 DailyObjects UV Sterilizer Review: Your Filthy Phone is Calling, What Are You Waiting For?