Animal Crossing: New Horizons is full of little details–so much so that people keep discovering new things about how the game works. One such discovery is by Reddit user PraiseHolo, who observed an interesting pattern when resetting their island: It seems that the color of your airport might determine the colors of some of the items you have access to, though the theory doesn’t appear to be completely supported yet because of an apparent contradiction with snack machine colors.

By now, you might have noticed that different New Horizons players have differently colored versions of certain items. For every item that has multiple color options, you have a “native” color to your island, and that’s the only color that will be sold at Nook’s Cranny. On top of that, you also have a selection of items you can redeem Nook Miles for at the machine in Resident Services, and these items are also locked to one color per island. The Nook Miles rewards are the items that seem to be affected by airport color. You can see the alleged breakdown of color options in the graphic below, made and posted by PraiseHolo. (Note that this is not confirmed.)

A possible breakdown of Nook Miles rewards colors by airport color and set, according to Reddit user PraiseHolo’s research (via PraiseHolo on Reddit).

PraiseHolo explained in the Reddit thread that they were resetting their island to try to get a blue airport and black streetlamps, among other things. “After many resets and playing the starting quest about 8 times (up until the upgraded resident services so I could check the streetlamp color), I realized I was only getting green streetlamps, and after some more resets I noticed that also happened with other furniture in the Nook Stop as well, such as the teacup ride. After digging through some people’s Nook Stop images, I figured the furniture color isn’t entirely random, they’re tied in a group, and the streetlamp color is locked with the airport color, and that’s why it was impossible for me to get black streetlamps AND a blue airport.” 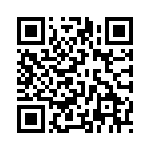